It’s not like I don’t have things to do.  Sit Kitty Sit is releasing a new album next month.  I have piano students (and am looking for more – tell your friends) and am handling the booking for the band, as well as performing out solo quite a bit and trying to get funding for larger future projects.   But – my “safety net” part time job recently fell through, which has left me what feels like gads of free time.

What that has meant lately is a LOT of documentary style crime drama TV shows on Netflix.   First I found “Disappeared” which is by Investigation Discovery.  I watched all of those.  Now I’m watching “Solved” by the same channel.  I have learned a few things in particular.  1 – people are really stupid and bad liers.  2 – if you’re going to go on the lam, it’s all about gold coins. 3- Walmart is everyone’s go-to place in times of emergency.

– Man kills wife, goes to WalMart and looking at the receipt is like a checklist for “i just killed someone”  – bleach, febreeze, carpet cleaner that specializes in removing blood, giant ruber tub with wheels.  He doesn’t even buy like a candy bar or anything to make it look less mysterious.  Uses the dead wife’s credit card.  Then he does the worst fake cry ever done by man on local TV.  Everyone who sees it says “oh – THAT’s who killed her”  Seriously.

– Man supposedly kills his brother and brothers girlfriend, then tries to assume his brothers identity.  Did I mention that his brother was sort of a celebrity?  Yeah.  He tried to assume a celebrity’s identity.  Bright.  I mean really – you’d have to claim to be some kind of recluse author to think you could get away with that.   In the police interview tapes he keeps changing his story and always starts by saying “See, what happened was this…” He got busted trying to buy gold coins using his brother’s identity.

– Kid goes missing. Evidence points to the possibility that he left on purpose of his own free will.  Sure enough, they find images of him purchasing cold medicine on the security cameras at – you guessed it – Wal Mart about 150 miles away from home.

I think my favorite was this big dramatic story about a girl who had gone missing – her family went all out and searched for her for 6 years.  (Spoiler Alert)  Turns out, she was living in Oregon and had no idea they were looking for her.  She was perfectly fine and pretty shocked about the whole thing.
This is after the police had spent numerous man hours interviewing people, holding people, and bringing cadaver dogs out to remote locations where psychics claimed her body was buried.  Totally fine.  In Oregon.

Huh. Feel a song coming on… 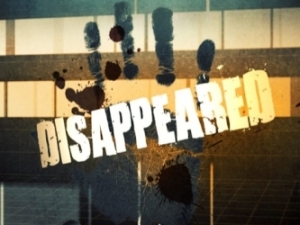